Welcome to the world of 360 video and images

360 videos can be played back on a computer or tablet computer or used with mobile phones in a stereoscopic view mode with a device like Google Cardboard.

This section of the website looks at all things 360 video and image related including examples, equipment, software and tutorials on how to get the best videos and images for 360 projects. 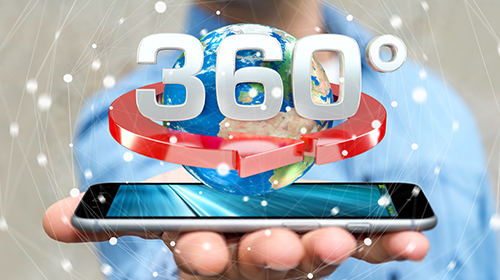 These links will take you to panoramic interaction created by CQUniversity. (Links will open in a new window)

The following links demonstrate some of the ways 360 video has been used at CQUniversity. (Links will open in a new window)